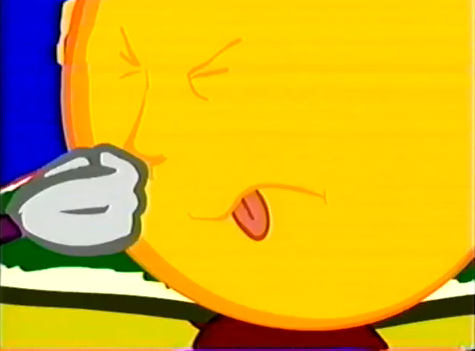 Whenever I hear of someone studying violence in cartoons, I immediately get ready to defend the art form.   Here is the latest report from Andrew Weaver, an assistant professor at Indiana University.

Here is a quote:

“Violence isn’t the attractive component in these cartoons, which producers seem to think it is. It’s more other things that are often associated with the violence. It’s possible to have those other components, such as action specifically, in non-violent ways,” Weaver said in an interview. “I think we should be concerned about violent content in cartoons in terms of the potential effect. This is one way that we can get around that from a producer’s point of view.

Do producers think violence is attractive, as the quote claims?  I’m not inclined to agree with that.  I don’t see all that much violence in cartoons anymore.

Research assistants showed each child one of four versions of a five-minute animated short created for the study and then led them through a questionnaire. The short was designed to resemble familiar slapstick cartoons. Four different versions of the cartoon were used. Six violent scenes were added to one version, which was carried out by both characters and in response to earlier aggression. Nine action scenes were added to another version. Two other versions had lower amounts of action or violence.

Two of the videos are on youtube, but have embedding disabled.
you can see them: WITH VIOLENCE and WITHOUT VIOLENCE

If you watch the shorts, you’ll quickly see they are extremely poor representations of cartoon slapstick comedy. They are badly rendered flash animation of unappealing and characterless figures. The violence isn’t slapstick, it’s just punching. It’s presented as actual violence, not cartoon violence. Cartoon violence creates a comic atmosphere that a viewer knows to be exaggerated for entertainment value. To be truthful, I don’t like the violence in these videos for that reason. It’s not playful, it’s mean.

To correct your quote, assistant prof. Weaver, violence isn’t the attractive feature in your cartoons.

The “science” is absolute bunk.  It’s like slapping some paint on a canvas in a haphazard way, showing it to some kids, and proclaiming children don’t like expressionism.  Here is my theory:  People who can’t tell the difference between real violence, and slapstick, and want to prove there is no difference, will produce videos that support their theory.